“Raising consciousness is one of the greatest gifts we can give ourselves, and the world” ~ John Smotherman

Why is Raising Consciousness So Powerful at Improving Lives?

80% of the people in the world, don’t use the most powerful half of their mind, and don’t even know it. It’s like trying to run a race on one leg.

There is an almost endless list of reasons why raising consciousness is so powerful.  So I will focus on just a few examples.  Our minds are the most powerful things we have available to us.  Raising consciousness is all about improving the power and effectiveness of our minds.  Two important mind problems that raising consciousness helps us overcome are: 1) lack of awareness; and 2) distorted reality.  These mind challenges and the problems they cause, are so common for people, they have been talked about over the centuries in almost every major school of thought that touches on the mind, such as: religion, spirituality,  philosophy, and psychology.  These mind problems are so common and pervasive in fact, that you could say they are the norm.

In order to explain these mind problems, I’ll use analogies.  For purposes of the analogies, I’ll call problem #1 The Lug-nuts Problem, and #2 The Dog Problem

One day a man and his son were driving down an isolated stretch of highway late at night.  They got a flat tire. The father pulled over, got out the tire tool and jacked up the car.  He then took the hubcap off the flat tire, removed all the lug-nuts from the tire and placed them in the hubcap.  Then as he went to get the spare tire, he accidentally kicked the hubcap and sent all of the lug-nuts flying out into the field.  It was a pitch-dark night and they did not have a flashlight so they looked and looked and looked for the lug-nuts but couldn’t find a single one.  After 20 minutes of looking with no success and not a single car driving by, the father said, “I guess we’re going to have to walk to the nearest town.”

The son said: “Well dad, why don’t we take one lug-nut from each of the other tires and that will be enough to hold the spare tire on until we can drive into town.”

The father had the lug-nuts problem in that he had a lack of awareness of any possibilities by which they could drive the car into town.  The son however, was aware of a possibility that the father was not.  It is the same way on the road of life.  When we run out of options, we’re stuck.  In this way, a lack of awareness can seriously limit the options we have, and how far we can go in life. 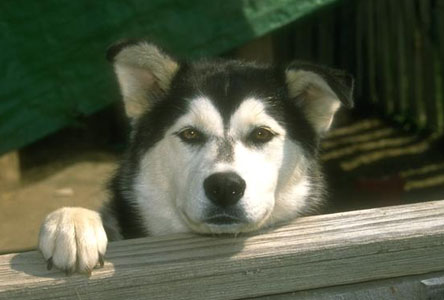 There were two young men, Jack and John.  As a young boy, Jack had a pet dog.  This dog was Jack’s best friend.  They played ball and fetch and the dog followed Jack everywhere.  It obeyed Jack so well, Jack did not even have to use a leash.  The dog was very protective of Jack and would stand between Jack and the neighborhood bully, making it clear that Jack was not to be messed with.  At night the dog would cuddle up at the foot of Jack’s bed.  Whenever Jack came home from having gone anywhere, the dog was at the door, so happy to see Jack, wagging its tail and licking Jack’s hands and face.

As a boy, John did not have a dog.  However, John’s neighbor did.  One day John was walking home from school and the neighbor’s dog jumped over the fence and attacked John.  John was mauled so badly he had to be taken to the hospital where he received numerous stitches in his face.

Later in life, Jack and John became friends.  A mutual friend of theirs invited them over to watch a football game.  Jack’s house was on John’s way to their mutual friend’s, so John drove by and picked Jack up and they drove together.  When they arrived at their mutual friend’s house, there in the yard was his dog.  John was terrified and refused to get out of the car until “that animal” had been put away.  Jack hopped out, and with a big grin and a bounce in his step called the dog over to him.  The dog came runner over and Jack squatted down, ruffed up the dog’s coat and scratched the dog behind its ears.  Both Jack and the dog clearly enjoyed the experience with great exuberance.

So here’s the problem: because of their past experiences, Jack saw the dog as a lovable creature and man’s best friend; John saw the dog as a dangerous, viscous beast.  Two completely different perceptions, yet they were looking at the same animal.  To some extent, both Jack and John experienced a distorted reality.  Neither of them know what that particular dog’s personality was actually like.  Both of them projected their past experiences onto the dog.  This made Jack assume the dog was friendly, and it made John assume the dog was dangerous.  The dog could have been either one of those things or somewhere in the middle.  But until they actually interacted with the dog, both Jack and John were acting on a distorted reality.  They both assumed more about the dog than the facts had at that point revealed.  Neither version of the dog had yet proven true.  Yet in their minds, their assumptions about the dog were “true” for them.  As time went by, at least one (and possibly both) of their versions would prove to be erroneous.   And this is how most people go through life, they unquestioningly believe that their assumptions about and projections onto reality are “real”.  For many people, more than half their reality is just such a distortion, and therefore not “real”.  Obviously this leads to less than optional decision making, and can make relationships more difficult.

So when we put both of these problems together, we get some idea of what “reality” is like for most people.  It is much like the three blind men and the elephant.

The first blind man reached up and felt the elephant’s tail and said: “This feels like a rope, we must have walked under a tent. “

The second blind man reached out and felt the elephant’s side and said: “No, this feels like a wall, we must have come across a building.”

The third blind man reached out and felt the elephant’s leg and said: “No, this feels like a tree trunk, we must have wandered into the forest.”

And then the three blind men proceeded to argue for an hour over who was right and who was wrong, and whether they were in a tent, a building or a forest.  So each person wasted a considerable amount of time and energy, disagreeing over how their distorted, partial reality was right and the others’ were wrong.  We see this dynamic happening in politics, religion, business, philosophy, social circles, relationships and virtually every aspect of everyday life.  The most surprising thing is that most people are completely blind to that fact that they’re doing this, let alone how much of it they do. 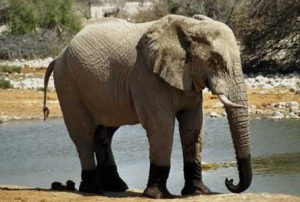 Raising consciousness is so powerful because it helps us realize how our view of reality is partial, and how it is that we have distorted it.  Armed with this realization, we are equipped to be much further ahead than the next blind person.  We are much more likely to “hear” perspectives outside our own, and recognize what sort of “animal” it is we have on our hands.  We are also much more likely to see, what we see, more clearly and accurately.  These two significant advantages make us much more successful at the game of life.

How Underdeveloped Consciousness Can Wreak Havoc In Our Lives

Here are just a couple of examples of how lapses in consciousness can rob us of a higher quality of life.

How Does Raising Consciousness Work?

In simple terms, raising consciousness is a matter of training the mind.  By carefully training our minds we can significantly reduce the distortions that creep into our perceptions of reality.  We also become much wiser in recognizing when and where our perceptions of a particular reality are only partial ones.  Additionally, raising our consciousness makes us more aware of deeper levels of our selves, leading to much better self-understanding.  This enhanced, more accurate understanding of ourselves and our relationship to the realities in which we live, enables us to make much better life decisions.  Better life decisions support and advance who we truly are at all levels of our being. There are many methods and techniques that can be used to effectively raise consciousness.  Simplistically speaking they can be broken down into two categories: 1) insights/understandings; and 2) life practices.